Space Weather Analysis Centre of SINP MSU provides information about the current state of near-Earth's space. Information Services (SWX) on the website of the center provide access to current data describing the level of solar activity, geomagnetic and radiation state of the magnetosphere and the heliosphere in the real time. For data analysis, the models of the space environment, working in off-line as well as on-line mode have been implemented. Interactive services allow one to retrieve and analyze data in a given time moment. SWX is a flexible system for the analysis and forecasting of space weather in the near_Earth's space. 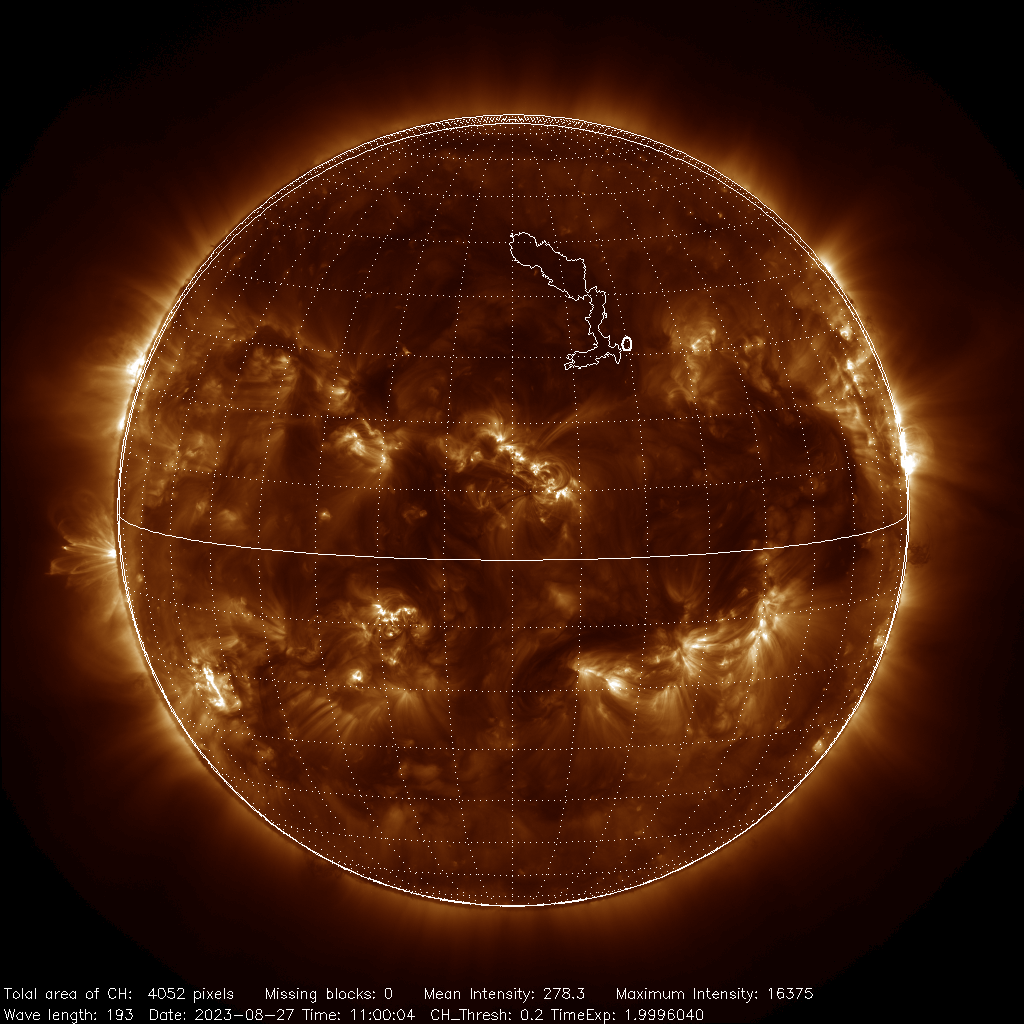 Recurrent high-speed solar wind streams (HSSWS) are one of the manifestations of solar activity. HSSWS are responsible for the moderate geomagnetic disturbances in all phases of the solar cycle. The source of the HSSWS are coronal holes (CHs) which appear as regions of decreased intensity in the ultraviolet and X-ray solar images due to low coronal plasma density and temperature.

The figure on the left shows the current image of the Sun provided by Atmospheric Imaging Assembly (AIA) instrument on the board of the Solar Dynamics Observatory (SDO) at a wavelength of 193 Å. CHs are highlighted with white contours on this image.

Parameters and location CHs are calculated based on automatic image analysis algorithm. Estimated CH parameters are used to forecast the value of SW velocity using various linear and non-linear methods. The "Space Weather" section shows images of the Sun at different wavelengths, as well as solar wind velocity forecast near the libration point L1.